Visitors will have unprecedented access to a few of our aircraft during our first Open Cockpit Days, coming next month!

From February 25 to 26, you’ll have the chance to sit in the pilot or co-pilot’s seat of both these aircraft and get a feel for two very different eras in commercial aviation.

Without a doubt, one of our most frequently asked questions is, “Can we host a birthday party at the museum?”

Well, we’re excited to tell you that very shortly, we’ll be announcing the details of our birthday party packages!

We unofficially opened our temporary gallery last summer when our friends at the Gimli Glider Exhibit set up a display and we’ve got some more exciting exhibits in the works.

Beginning February 4, visitors will have a chance to view the winning design of a remote-controlled aircraft built by engineering students at the University of Manitoba. The group, whose team name is Polar Air, entered their aircraft in last year’s SAE Aero Design Competition and won 2nd place, beating out 20 teams from around the world.

Stop by next month to check out ‘Rising to the Challenge’ in our temporary gallery.

We’re also excited to host the Winnipeg Architecture Foundation’s ‘Queen Elizabeth II & Winnipeg: A Modern Elizabethan Era.’ This exhibit was recently on display in Winnipeg’s Union Station. If you didn’t get a chance to catch it there, you can see it in our museum starting February 4.

If you’ve started planning activities for your kids over spring break, be sure to add us to the list! We’ll have lots of fun stuff for kids and families between March 27 and 31. Stay tuned…

One of the most talked about events from our days on Ferry Road is the annual Easter egg hunt and we’re bringing it back in 2023! The event will look a bit different from past ones, but we promise it will be fun for everyone.

We’ve had about 65,000 visitors since we opened last May long weekend. The months since then have been a whirlwind for most of us. We acquired three new aircraft, hosted thousands of students, and had a bunch of fun and successful events. We can’t wait to celebrate our first year in our new museum this May. Watch for an announcement about all the activities we have planned.

Father’s Day was one of our busiest event days last year. We saw dads and dad-figures of all ages with their children, grandchildren, and families. We’re planning a similar event for this year—there’ll be food, fun surprises, and probably a giveaway or two. Mark it in your calendars!

It’s always fun to have visiting aircraft in Aviation Plaza. We don’t want to ruin any surprises, so we won’t tell you which ones are coming this year, but watch for those announcements throughout the year.

9. The return of Halloween with Hobbs

Back by popular demand, Halloween with Hobbs returns in October.

This year, we’re planning to expand the event and offer it on two different days. We’ll have trick-or-treating stations, a colouring contest, and another costume contest. We may have a few other tricks up our sleeves as well…

For many years, the museum hosted an annual gala called Out of the Blue. This event was the year’s biggest fundraiser and was always lots of fun.

Now that we’re in a new building, we’ve renamed our gala The Preservation Ball. This name is reflective of our founders’ mission to preserve aviation history.  We want to honour all the work they’ve done and carry on the tradition through new restoration projects and initiatives. This fundraiser will help us to do that.

Going forward, each gala will be themed around a specific decade in aviation history, starting with the 1920s. (Picture Great Gatsby-esque glitz and glamour.)

Our 2023 Preservation Ball will be held on October 21 at the museum. We’ll be sure to let you know when individual tickets go on sale.

On top of all this, we have two new and very exciting partnerships in the works. We can’t say much more right now, but we’ll be ready to share details soon.

If you aren’t already a subscriber, be sure to sign up for our newsletter so that you don’t miss out on any of these exciting events. 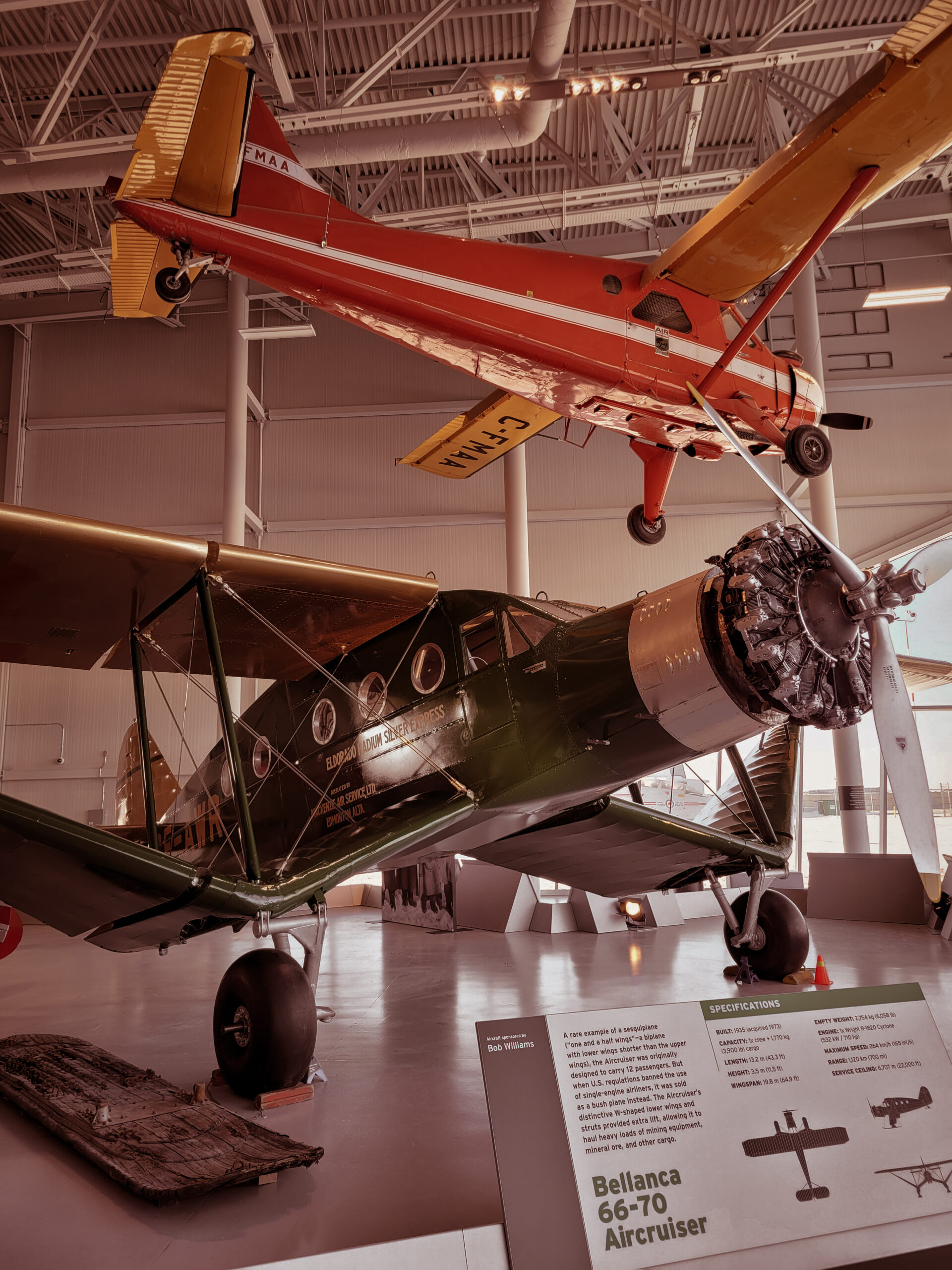 Through fresh eyes: RAMWC as seen by one of our visitors

Photography is a wonderful medium for showing us familiar things in new ways. For Mohamed Suliman, it also “allows us to see the beauty in front of our eyes.” Mohamed is a grade 12 student in Winnipeg who moved here … 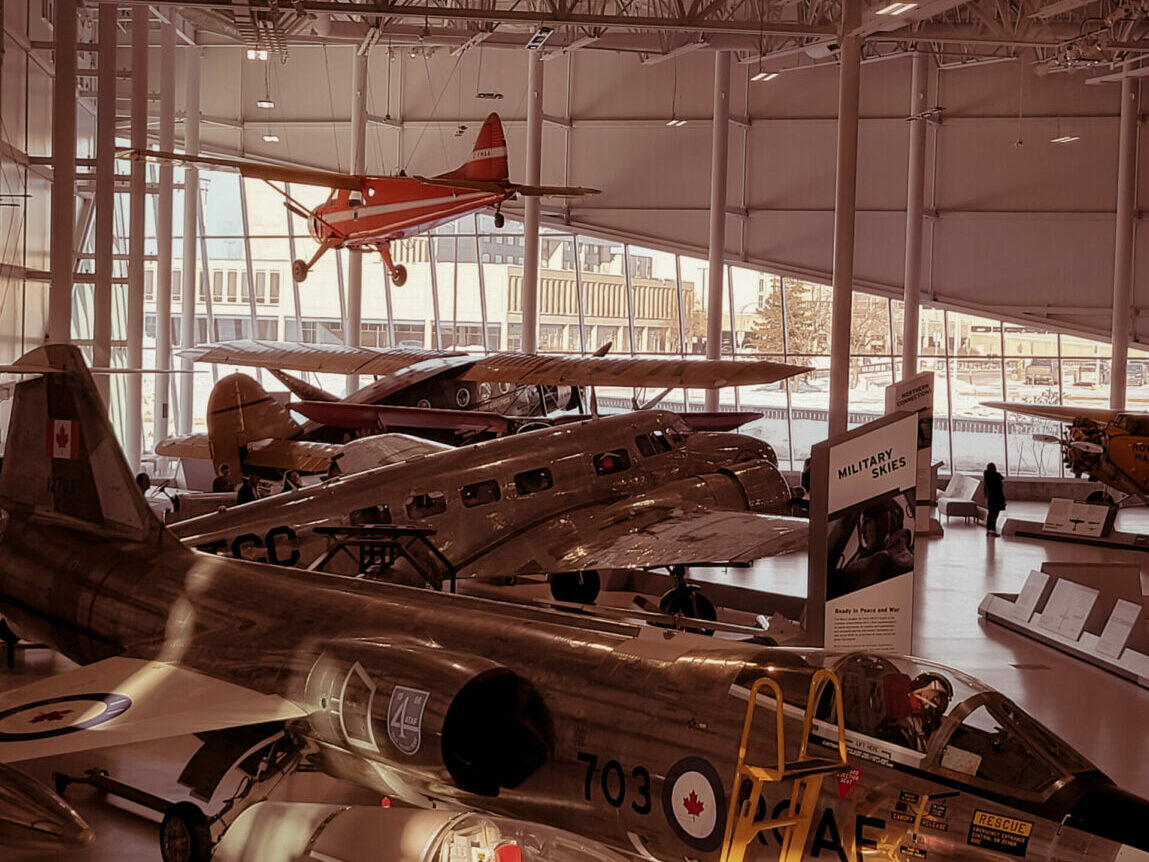