IF AIRCRAFT COULD speak, Stinson SR-8CM, CF-AZV, would recount memories spanning almost three decades that involve numerous owners, operators, maintenance staff, and places it has visited. The stories are many. Originally purchased in 1936 by Canadian Airways, this workhorse of a bush plane was registered to Canadian Pacific Airlines in 1942.

The Stinson Reliant was introduced in 1936 and could accommodate a pilot and four passengers. Stinson Aircraft Corporation manufactured it in Michigan. The gull-wing Reliants were very popular aeroplanes, and more than 1,000 of them were built before the Second World War. The fuselage, tail surfaces, and wings were of welded steel-tube construction–typical of the period. The whole framework was covered with cotton fabric.

Over the years, many destinations familiar to those who flew the northland appeared in the journey log: Flin Flon, Lingman Lake, Lac du Bonnet, Ilford, Churchill, Maguse River, Gold Pines, Bending Lake, Fort Reliance, and Fort Smith, to name just a few. Some southern locales are recorded as well, such as Moose Jaw, Carberry, and Starbuck. Signatures of pilots and mechanics bring to mind experiences shared and acquaintances made, some only a chance meeting at a remote post; others lasting friendships not diminished by time: Plummer, Kellough, Johannesson, Marshall, Brazier, Latocki, Ingebritson, Weber, Putnam, Bone, Eaton, Dzogan, Wingfield, Robinson and Wieben, and other certified flight or maintenance crew from CF-AZV’s early service life.

CF-AZV was purchased for the museum by James A. Richardson & Sons Limited and was restored to “almost-ready-for-flight” condition. It is part of the museum’s permanent collection. 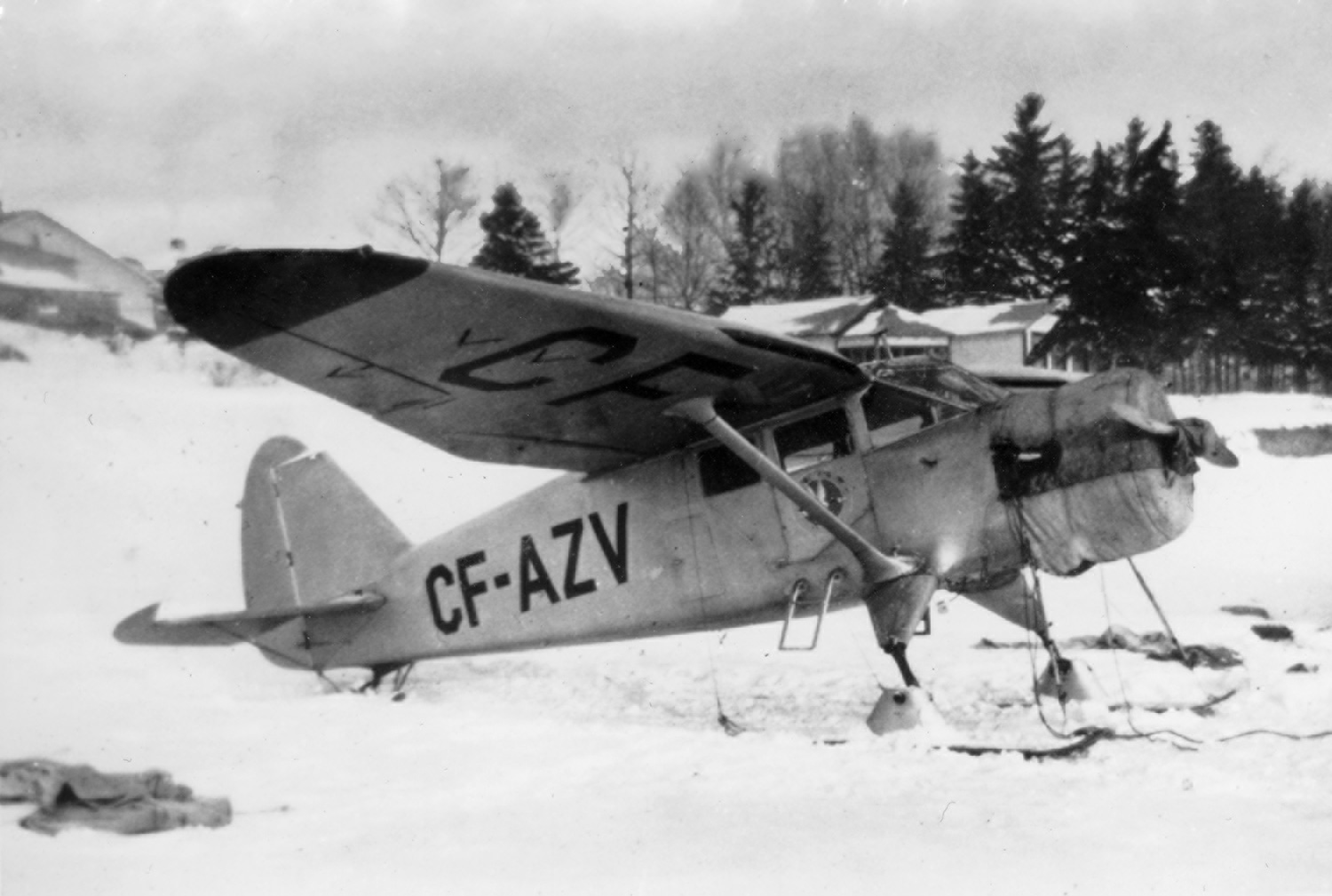