IN 1956, Canadair’s chief designer, Frederick Phillips, proposed a radically new airplane design. With the help of Latvian-born designer Karlis Irbitis, the world’s first successful tilt-wing aircraft was created. It was called the CL-84. It was capable of taking off and landing like a helicopter and, by changing the position of its wings and engines in mid-flight, it could also fly like a conventional airplane. Phillips and Irbitis envisioned a military transport and reconnaissance craft, which would satisfy several tactical roles at once.

The Canadair designers spent six years conducting extensive wind tunnel tests with powered models to decide on the exact shape and size of the CL-84. In 1963, an autonomous department within Canadair was established to construct a full-scale prototype under the same design team. The name “Dynavert” was coined for the CL-84 by Canadair’s American parent company, General Dynamics, who wanted their products to have names beginning with “Dyna” (“vert” referred to the aircraft’s vertical takeoff capability). This name was received with reluctance by the independently-minded Canadian team, who simply referred to their creation as the “84.”

The tilt-wing capability of the CL-84 was made possible by a unique gear mixing box designed by Karlis Irbitis. This ingenious arrangement of cams and levers enabled CL-84 pilots to use the same control movements regardless of the wing position. This meant no special training was needed to pilot the CL-84. Testing proceeded with pilots representing the Canadian Armed Forces, the Royal Air Force, the U.S. Navy, and NASA. Pilot feedback was overwhelmingly enthusiastic.

This series of successful tests was punctuated by the failure of a single bolt, causing a crash without casualty after 300 hours of flight. Three replacement CL-84s were quickly readied for further marketing demonstrations. A second crash occurred in 1973 when two U.S. Navy pilots attempted to set an unauthorized power climb record, which resulted in a gearbox failure. The pilots safely ejected, demonstrating at once the limits of the CL-84 and its relative safety in failure situations.

Spanning ten years, these extensive tests, which involved more than 40 pilots, were considered an overwhelming success despite the two crashes. The cancellation of the CL-84 project in 1974, therefore, came as a surprise to the designers. With the cessation of hostilities in Vietnam, the U.S. Navy did not envision a military role for tilt-wing aircraft. With no other buyers forthcoming, Canadair was forced to shelve what many believe to be their most innovative creation. CL-84 403, which was never fully assembled, is on display as part of the permanent collection at the Royal Aviation Museum of Western Canada. 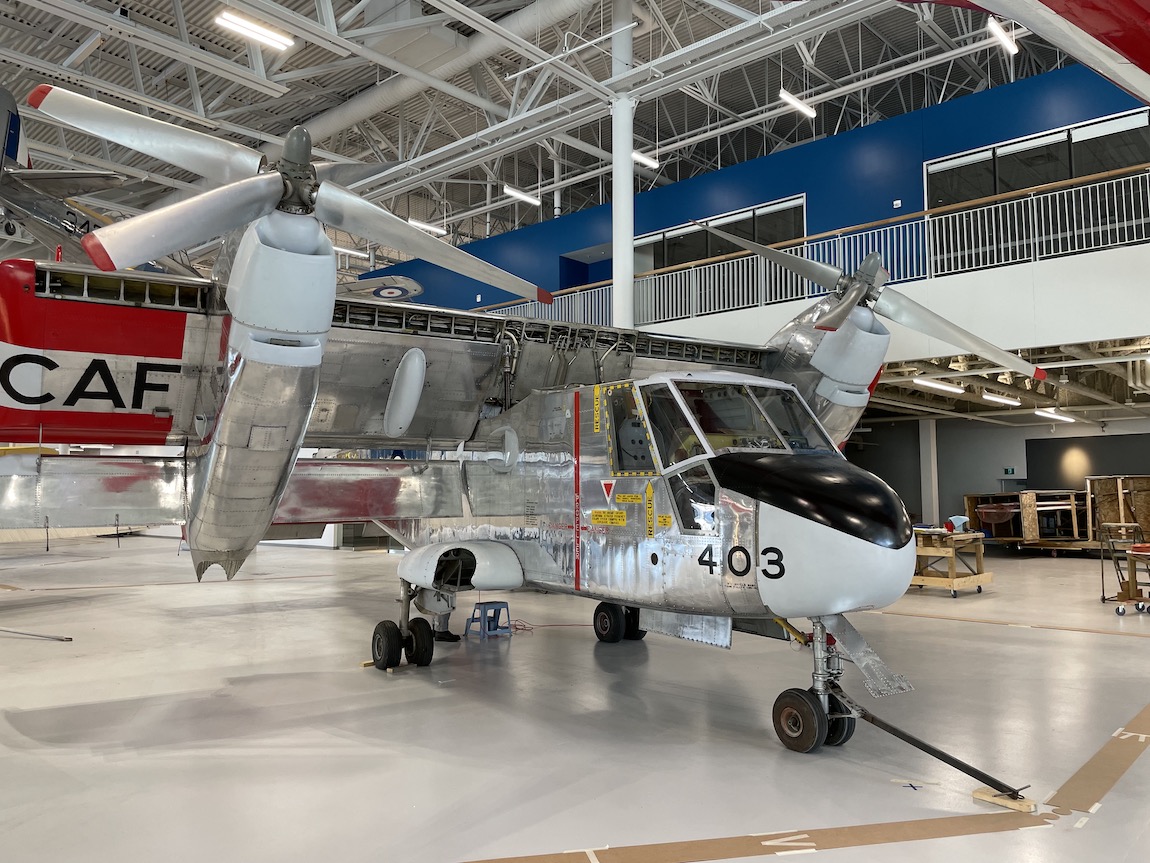