THE DE HAVILLAND BEAVER was designed and built in Canada and first flew on August 16, 1947. It is an all-metal bush plane operable on skis, wheels, or floats and was the world’s first aircraft designed specifically for short takeoff and landing (STOL), making it ideal in bush conditions. Its exceptional performance and rugged reliability made it a favourite of bush pilots and operators around the world.

The Beaver’s STOL capability allowed it to land and takeoff from lakes and rivers, which provided an enormous advantage to Canadian bush flying companies who routinely flew to remote northern areas where paved landing surfaces did not exist. Finding suitable lakes or rivers large enough to land conventional bush planes was problematic. The Beaver allowed these companies to bring passengers and equipment much closer to their destinations and enter areas that would have previously been inaccessible to aircraft. The Beaver is considered by many to be the best bush plane ever built. Even though many of them have been retired to museums worldwide, the demand for this “half-tonne truck of the air” is still as strong as ever.

The secret to the Beaver’s successful design was the direct involvement of “Punch” Dickins and other Canadian bush pilots during the plane’s development. Dickins was an early bush pilot who flew many landmark flights, including being the first to fly over the Northwest Territories Barrens and being the first to fly the entire length of the Mackenzie River. Dickins joined de Havilland in 1947 as a director and international sales representative. He circulated a questionnaire to bush pilots around the country; their recommendations influenced all aspects of Beaver design.

The Association of Industrial Designers has named the Beaver one of the best designs in all categories to come out of Canada. Over the years, 1,962 Beavers were built and exported to 62 countries, including 981 to the U.S.A. for civil and military use. The Beaver was the first aircraft built outside of the United States to be purchased by the U.S. military. Approximately 900 “Flying Jeeps,” as U.S. military personnel called them, were employed in medical evacuation and support roles.

The Beaver was invaluable to the U.S. military during the Korean conflict as a reconnaissance plane and for extracting wounded soldiers from remote areas thanks to its STOL capability. The remote regions of the Korean peninsula, where much of the fighting took place, are heavily forested and mountainous, terrain similar to that found in northern Canada, where the Beaver was designed to operate. The Beaver proved to be highly reliable in situations of limited maintenance and punishing use.

The museum’s de Havilland Beaver, C-FMAA (production number 1,500), flew with the Manitoba Government Air Service and donated to the museum after becoming surplus. It is part of the museum’s permanent collection. 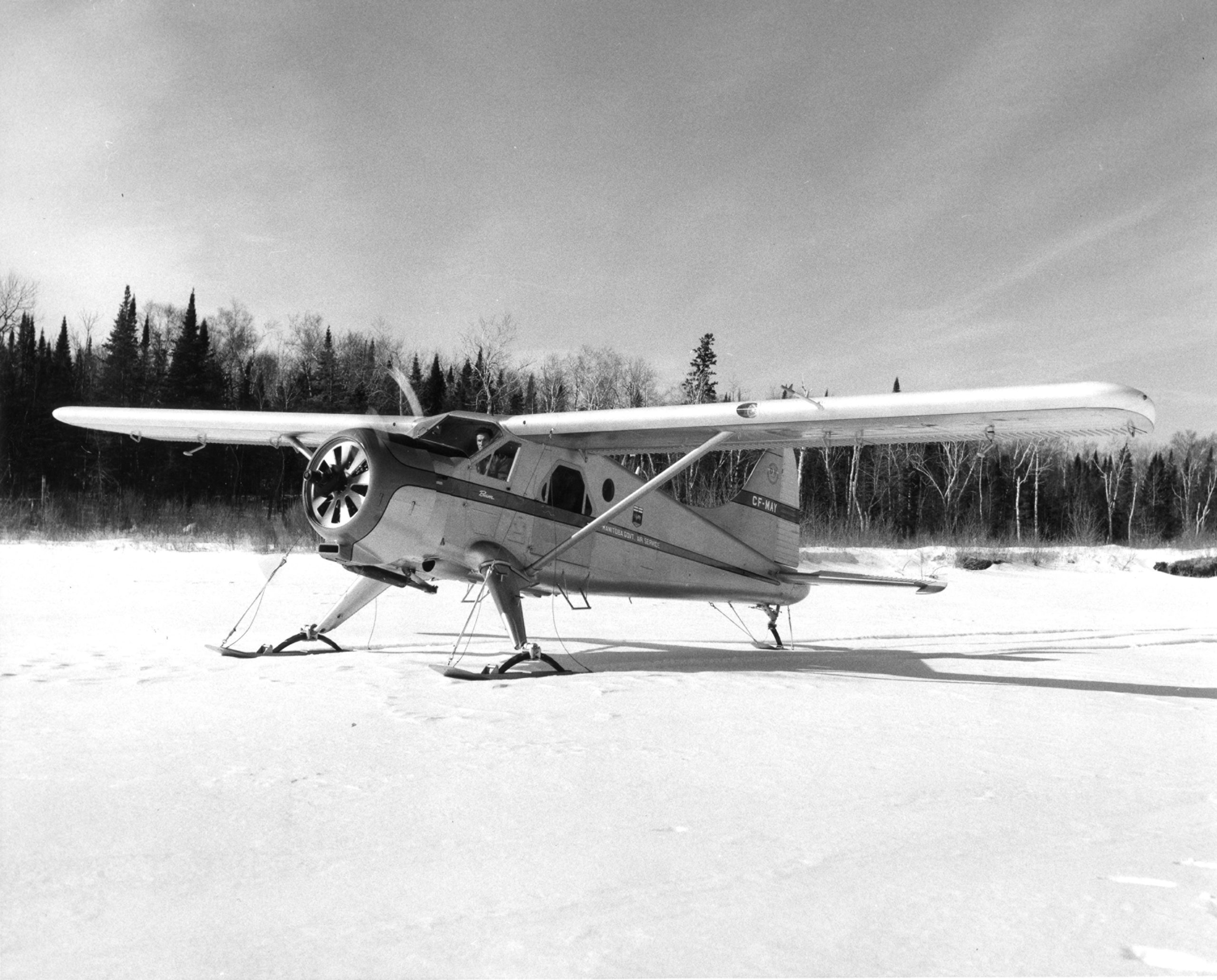