Doug, Nic and Theodore Froebe moved to Homewood, Manitoba, in 1921. Having a keen interest in aviation at an early age, the brothers educated themselves by reading flight manuals and aviation magazines such as Mechanics Illustrated. In 1933, they rebuilt a Barling NB3 and later constructed a Heath Parasol airplane from a home-built kit. This background gave them the confidence to build the first helicopter to fly in Canada from scrap and a broken-down truck.

Before the brothers began work on their helicopter, Doug Froebe travelled through the United States to meet with designers. Some experts were helpful, but many were not. Most of these designers were aware of a helicopter project that was going on at the Curtiss plant in which $100,000 had been spent without results. This gave helicopters a bad reputation. Doug hitchhiked to Dearborn, Michigan, to meet William Stout who was thought to be an “outside-of-the-box” sort of thinker. When Doug asked Stout for his recommendations on building a helicopter, Stout gave him a dollar and told him to hitchhike back to Homewood.

This did not stop Doug and his brothers from building what would prove to be the first helicopter created in Canada. The brothers purchased a four-cylinder, air-cooled Gypsy engine from a dealer in California for $100. The steel tubing for the frame was picked up from MacDonald Aircraft in Winnipeg. A Ford truck flywheel with a clutch that coupled the engine to the pinion gear was used to attach the other components together. The gas tank, which had been taken from a tractor on their farm, was placed on the back of the helicopter and filled half full for balance. The first flights began in the latter half of 1937. The first flight achieved a height of three feet above the ground. The last recorded flight at the same height was on March 2, 1939.

The Froebe Helicopter remains an astonishing achievement for three young men who grew up isolated on their farm and far away from the research and experimentation taking place in large cities. The Froebes’ success goes to show that a little confidence and determination can accomplish the impossible. 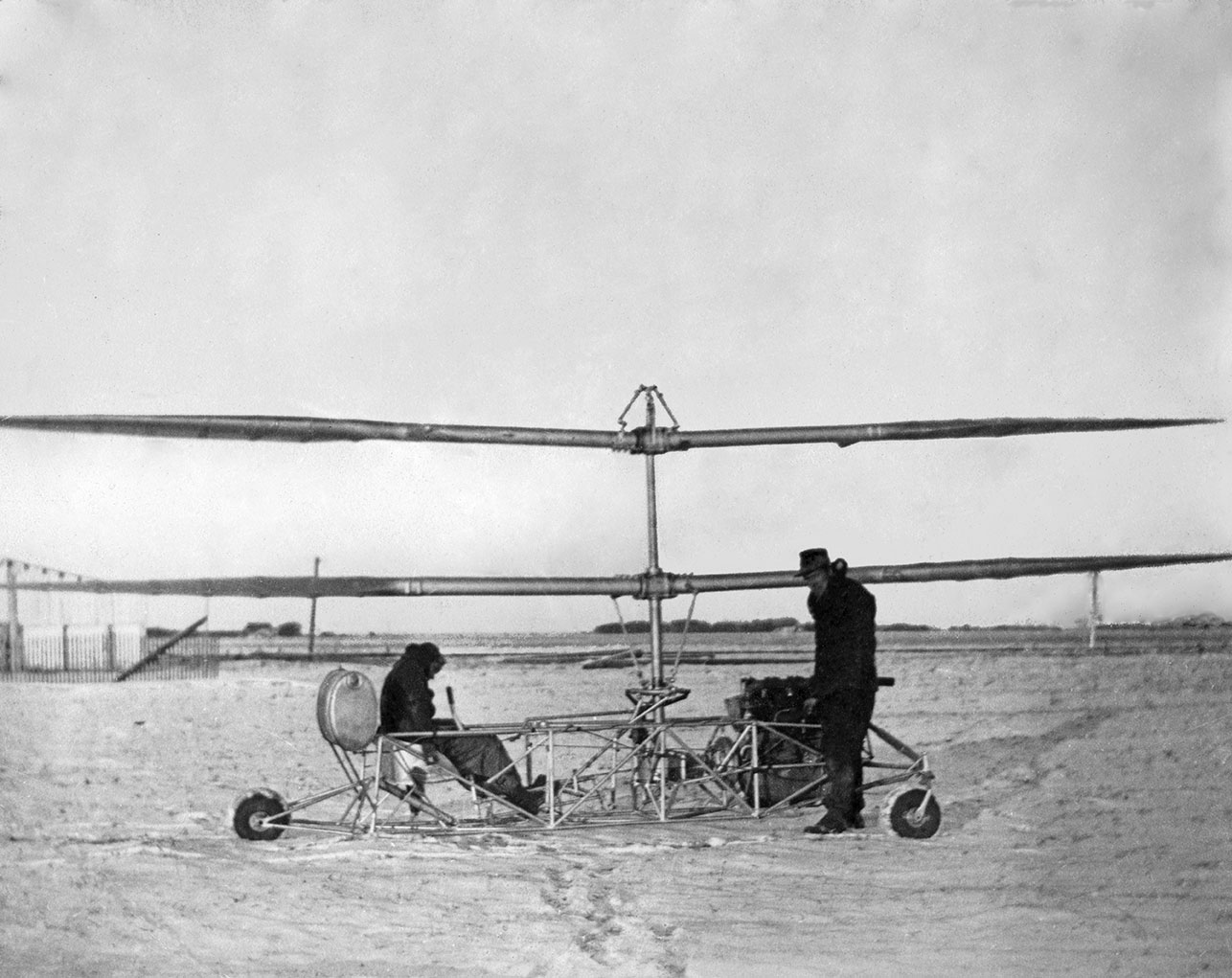 Donated by the Froebe Family in the 1970s, the one-and-only original Froebe Helicopter is in the permanent collection of the Royal Aviation Museum of Western Canada.