The early 1930s saw a revolution in commercial aviation as aircraft companies began introducing all-metal cantilever monoplanes – sleek, modern designs which promised to make safe, reliable, and profitable passenger airline service a viable reality. First out of the gate were the Boeing Model 247 and Douglas DC-2, which stunned the world in 1934 by placing third and second respectively in the epic England-to-Australia MacRobertson Air Race. The DC-2 design would eventually evolve into the legendary DC-3, the first airliner to turn a profit carrying only passengers and one of the most successful aircraft designs of all time.

In response to its competitor’s offerings, in 1935 Lockheed Aircraft introduced the sleek Model 10 Electra for use on short domestic routes. The Electra was the first project assigned to young engineer Clarence “Kelly” Johnson, who would later go on to head Lockheed’s famous “Skunk Works” division and produce such cutting-edge aircraft as the F-104 Starfighter and the U-2 and SR-71 spy planes. During wind tunnel testing, the initial Electra design exhibited severe lateral instability, which Johnson solved by fitting the aircraft with its now-iconic twin tail. This prompted Johnson’s supervisor to exclaim “That damned Swede can see the air!” In line with its competitors, the Electra also boasted a host of modern features including fully-retractable landing gear, streamlined NACA cowlings on the engines, and inflatable de-icer boots on the wing leading edges.

Lockheed’s timing could not have been better, for in October 1934 the United States Government had banned the use of single-engine aircraft (including the museum’s Bellanca Aircruiser) for carrying commercial passengers. The Electra fit neatly into the market gap left by this ruling, and the 150 produced served dozens of airlines and militaries around the world throughout the 1930s and 1940s.

Perhaps the most famous user of the Electra was famous American aviatrix Amelia Earhart, who selected a Model 10E for her attempted round-the-world flight in 1937. On July 2, 1937, Earhart and navigator Fred Noonan disappeared en route from Papua New Guinea to Howland Island in the south Pacific Ocean. Neither Earhart, Noonan, nor the aircraft were ever found, sparking a mystery that persists to this day.

The museum’s aircraft, CF-TCC, was one of the first six aircraft purchased by the newly-formed Trans-Canada Airlines (TCA) in 1937. These aircraft were used for pilot training in Winnipeg before serving on TCA’s first scheduled passenger service between Vancouver and Seattle, the first 55-minute flight taking place on September 1, 1937. However, by 1939, TCA’s Electras had all been replaced by the larger Lockheed Model 14 Super Electra. After passing through multiple hands throughout the 20th Century, CF-TCC was discovered in Florida in the 1980s by a vacationing Air Canada (the successor to TCA) employee. The airline purchased the aircraft and had it transported back to Winnipeg, where it was meticulously restored by Air Canada personnel. In 1987, CF-TCC was flown across Canada to celebrate Air Canada / TCA’s 50th anniversary.

The aircraft entered the RAMWC’s permanent collection in 2022. 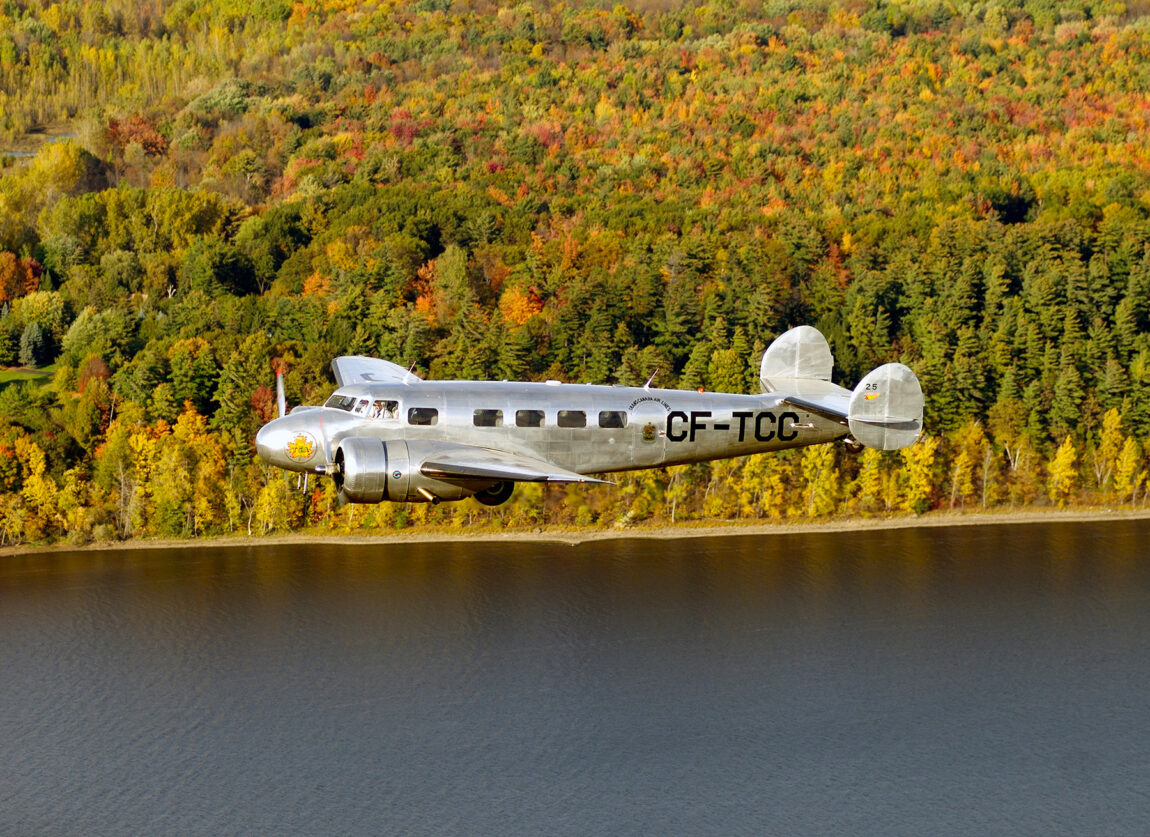