The first aircraft to be delivered was registered as CF-TGI, which first flew on April 1, 1955, on the Montreal-Toronto-Fort William-Winnipeg route.

The Viscounts destined for the Trans-Canada Air Lines fleet were adapted to cold-weather operations, and as Canada had similar operations regulations to the U.S., this was seen as a step toward Trans-Canada Air Lines entering a difficult U.S. market. Cold-weather trials were conducted in Churchill, Manitoba. The adaptations raised the $1 million price tag of each plane by $25,000. By the end of 1955, the Viscounts were serving 14 cities in Canada, and the U.S. Air Canada retired its fleet of Viscounts in 1974.

The museum’s Viscount, CF-THS, entered service on the Montreal-Winnipeg route in February 1958. It operated from the Trans-Canada Air Lines hangar in Winnipeg (now the Royal Aviation Museum of Western Canada) until it was withdrawn from service by Air Canada and stored in Winnipeg in April 1974. It had two other owners before being donated to the museum in September 1982. Volunteers overhauled its interior, and the plane was also given a new paint job by Air Canada, sporting the original Viscount Air Canada livery.

CF-THS is part of the museum’s permanent collection. 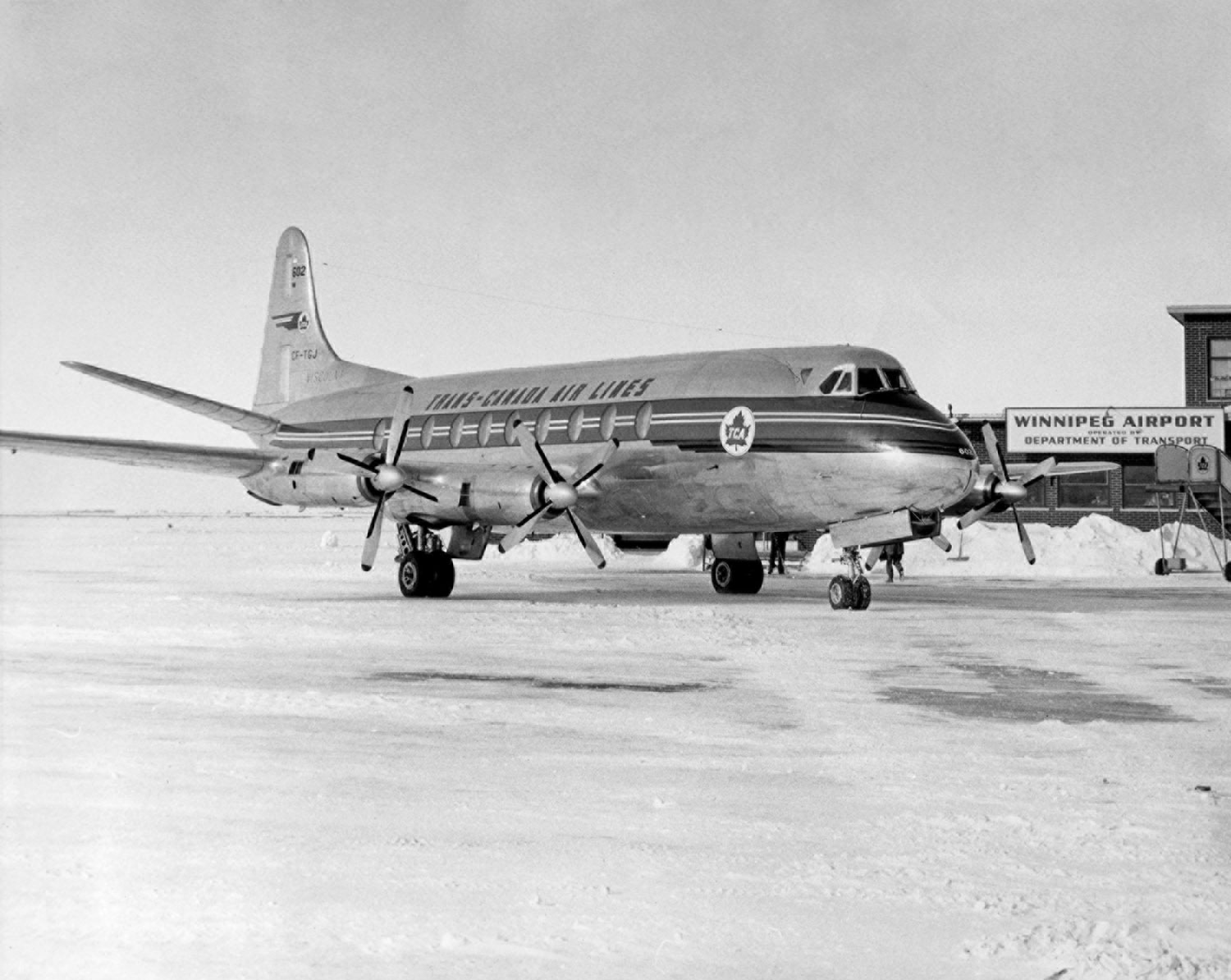