It’s an exciting week at the Royal Aviation Museum!

We received three beautiful paintings to add to our collection, generously donated by Jim Bruce, a wonderful Canadian artist known for his aircraft paintings.

Jim originally trained to be a draftsperson and worked for MacDonald Brothers Aircraft in Winnipeg. He soon moved over to Trans-Canada Air Lines as an aeronautical draftsman and technical illustrator. Painting started off as a hobby but soon became his focus.

A professional artist since 1964, Jim started his artistic career as a cartoonist for the Winnipeg Tribune. In 1964, he became the layout artist for The Montreal star and later served as its art director.

Given his background in the aviation industry, it’s easy to see where his passion for painting aircraft came from!

We’re honoured to have Jim’s paintings in our collection and excited for visitors to view them.

The paintings will be on display in our Vickers Viscount exhibit. 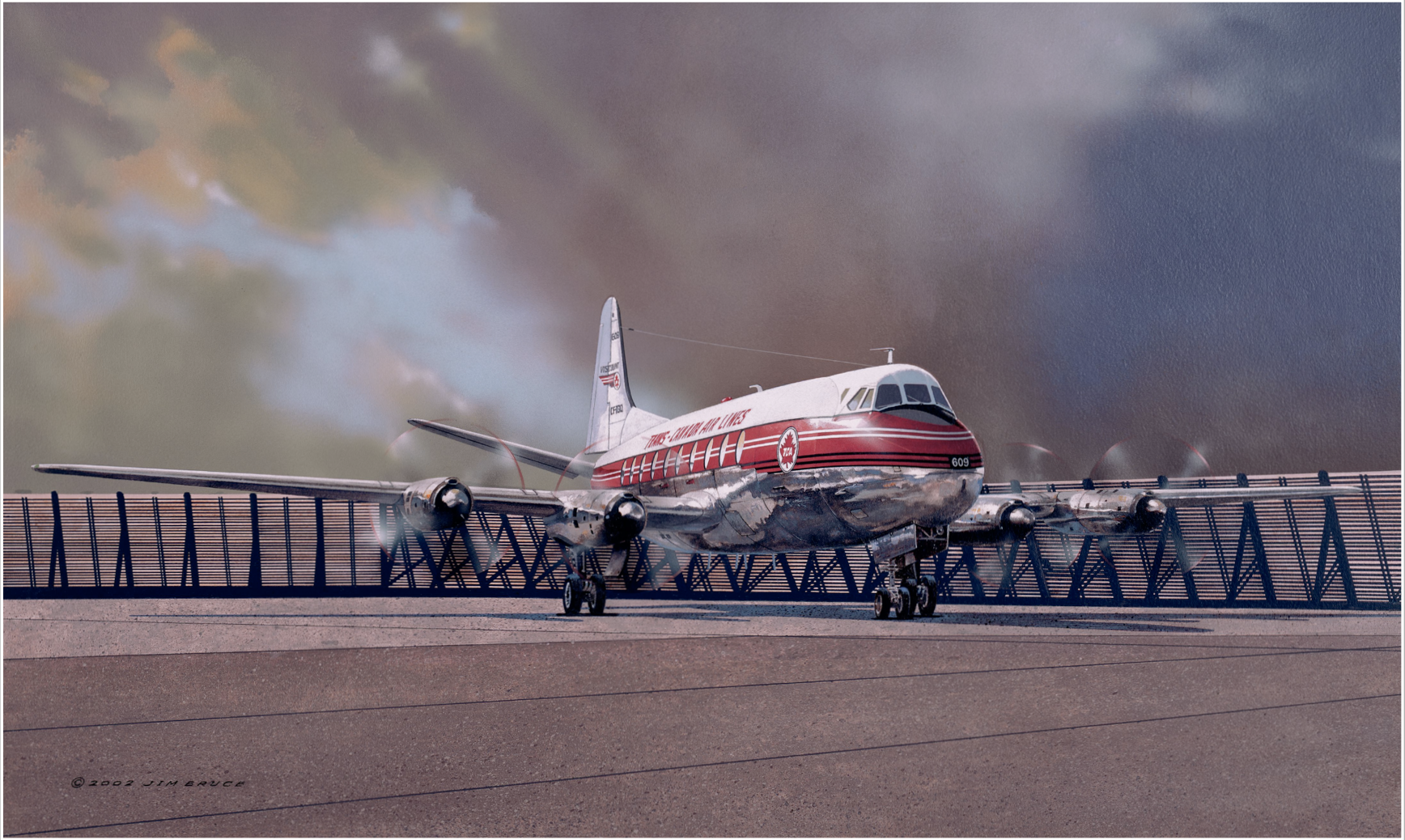