When Robert Starratt arrived at Hudson, Ontario, with his wife Iris and their children in April 1926, the town was little more than a train station isolated in the forests of northern Ontario.  Gold, tons of it, had been discovered the previous year, locked in the 2.5 billion-year-old rock of the Canadian Shield and thousands of young prospectors flooded the Red Lake area seeking their fortune.  Starratt realised that the greatest challenge in extracting this gold would be transporting the heavy mining equipment deep into the bush.  At that time, this could only be accomplished by canoe portage in the summer and tractor train in the winter, so Robert Starratt invested his meager savings in a motorised freight canoe, leaving only $40 in his pocket for operating expenses.

Starratt’s reputation for efficiency spread quickly. In August, after just five months in the area, he was offered a job by the Hudson Bay Company, managing their transportation systems from Red Lake.  In 1928 Starratt and two friends, George and Colin Campbell, won a lucrative freight contract with the Howey mine, the largest operation in the region at that time.  Starratt and his partners bought up the equipment and facilities of his former employer, Hudson Bay Transport, and the Northern Transportation Company was born.

Northern Transportation introduced marine railways to the area in 1929, reducing the cost of summer freight service from $80 per ton to $13, and in 1930 continuous track tractors reduced winter freight costs from $250 per ton to $60.  In 1930 Starratt bought out his partners and was the sole owner of Northern Transport when, in 1932, he purchased his first airplane.  Harold Farrington was hired as pilot for Gypsy Moth CF-AGX, which was used to patrol the tractor train and portage routes.  It was not until 1934 that Starratt bought a plane powerful enough to begin transporting freight by air, Fokker Super Universal CF-AJB, which was also the last Super Universal to fly in Canada.

A considerable swell in traffic made Hudson one of the busiest freighting airports in North America through the 1930s. By 1939 Starratt had renamed his company Starratt Airways and Transport and was operating ten airplanes of various types alongside his mixed operation of tractors and marine rail.   That year was Starratt Airways’ best, with 12,600 passengers and 3,250 tons of freight moved by air and another 17,000 tons of freight delivered by land and water.

To his employees, Bob, as he was simply known, was not just an employer but also a friend.  “Bob was President of the Company and inspired such loyalty that each employee felt a vital part of it,” recalled one employee, C. William Cook, at a Starratt Airways reunion in 1967.  Bob Starratt sold his company to the Canadian Pacific Railway in 1941, and it was later reformed, along with eight other bush companies from around the country, into Canadian Pacific Air Lines.  After selling their company, Bob and Iris retired to Florida, where they remained until Bob passed away in 1967.  Today the Starratt family continues to call Hudson, Ontario home, where they operate Lac Seul Floating Lodges.

Bob was President of the Company and inspired such loyalty that each employee felt a vital part of it. 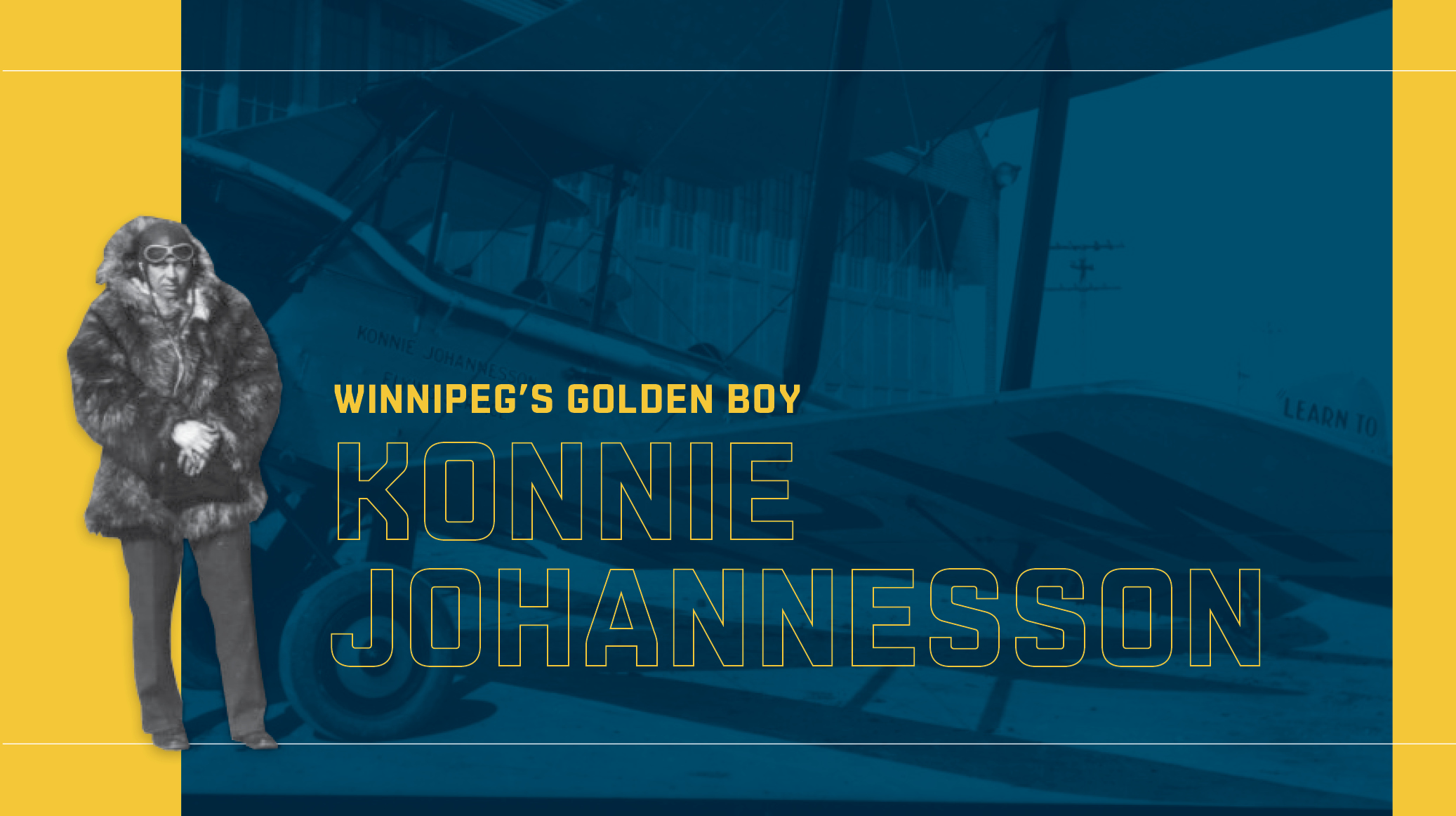 The first airplane to fly over Winnipeg took off from the Dufferin Avenue fairground on a July afternoon in 1911.  Among the observers was 14 year old Konrad Johannesson.  Konnie, as he was known to friends, snuck away from the …