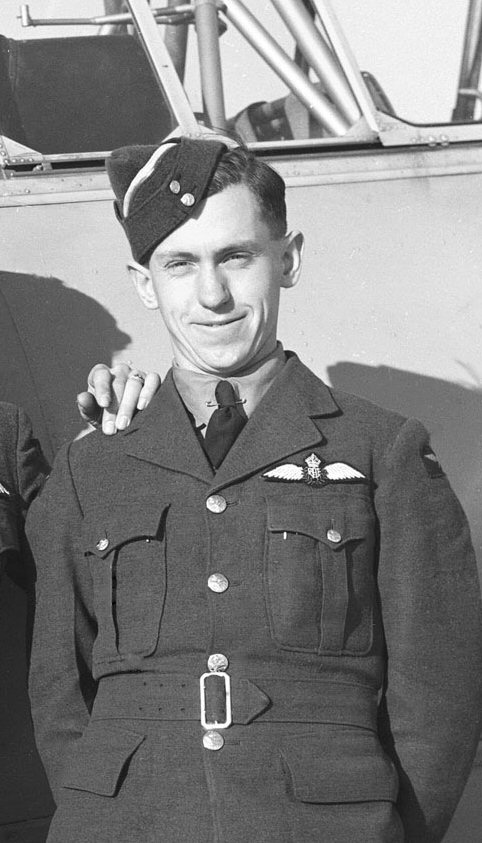 Frank McManes began life as a farm kid in the Great Depression. His family’s farm was located at Alexander, Manitoba, 20 miles west of Brandon.

In 1941, like many other young men of the prairies, at 21 years of age, Frank McManes enlisted in the RCAF to serve Canada during World War II. He completed his training in the British Commonwealth Air Training Plan, graduating as an instructor. He eventually made it overseas, where he flew as a Typhoon pilot. He retired from the RCAF at the end of the war as a Flight Lieutenant with a Distinguished Flying Cross.

After the war, Frank returned to Alexander, Manitoba, and worked on the family farm. During this time, he married and raised six children.

In 1957 after a hail storm destroyed his farm’s crops, Frank decided to return to the skies by instructing with the Brandon Flying Club and Maple Leaf Aviation. His students remembered Frank as an inspirational pilot, very calm and skillful in flight.

Frank passed away peacefully at home in 2007 – just one day shy of his 88th birthday.

With Jim McManes’ sponsorship, the Canadair CF-104 Starfighter will feature a plaque with Frank McManes’s story when the museum reopens in March 2022.

His students remembered Frank as an inspirational pilot, very calm and skillful in flight.