Our museum got a little bit shinier when earlier this month we welcomed the Lockheed L-10A Electra, CF-TCC, donated to us by Air Canada in celebration of its 85th anniversary.

Its all-metal body, polished to a high shine courtesy of museum volunteers, glistened in the morning light as the aircraft taxied into Aviation Plaza on September 7. The waiting crowd of media, Air Canada, and museum employees, partners, and supporters cheered and clapped as the vintage plane made its final approach and rolled to a stop in front of them.

Former Air Canada captains and Electra pilots Gerry Norberg and Robert Giguere were behind the controls for the final ride from Air Canada’s hangar over to the museum. Both have fond memories of their time piloting the aircraft.

When asked by CBC’s Faith Fundal of Up To Speed what he sees when he sits in the Electra’s cockpit and closes his eyes, Gerry Norberg responded, “I just see us going across the Rocky Mountains, on a beautiful clear day, up around 12,000 feet. That’s what I can really visualize.” And when Faith prompted him to describe what he heard, Gerry recalled, “…the sounds of the engine. Their beautiful, synchronized sound. You know, there’s nothing else like it, the sounds of an old radial engine.”

After a short program, Norberg and Giguere, along with AC maintenance engineers George Huntington and Mike Clarkson, gathered around the aircraft to speak with attendees. Visitors were even able to climb aboard the Electra before it was moved into its final position in the museum, next to the CF-104 Starfighter.

Lockheed’s timing could not have been better, for in October 1934 the United States Government had banned the use of single-engine aircraft (including the museum’s Bellanca Aircruiser) for carrying commercial passengers. The Electra fit neatly into the market gap left by this ruling, and the 150 produced served dozens of airlines and militaries around the world throughout the 1930s and 1940s.

CF-TCC, was one of the first six aircraft purchased by the newly-formed Trans-Canada Airlines (TCA) in 1937. These aircraft were used for pilot training in Winnipeg before serving on TCA’s first scheduled passenger service between Vancouver and Seattle, the first 55-minute flight taking place on September 1, 1937. However, by 1939, TCA’s Electras had all been replaced by the larger Lockheed Model 14 Super Electra.

After passing through multiple hands throughout the 20th Century, CF-TCC was discovered in Florida in the 1980s by a vacationing Air Canada (the successor to TCA) employee. The airline purchased the aircraft and had it transported back to Winnipeg, where it was meticulously restored by Air Canada personnel. In 1987, CF-TCC was flown across Canada to celebrate Air Canada’s 50th anniversary. Not only does CF-TCC have ties to Winnipeg, but RAMWC also has ties to TCA.

“We’re very pleased that CF-TCC has landed at the Royal Aviation Museum and is now part of our permanent collection. This aircraft has ties to Winnipeg dating back to 1937 and to our museum in particular,” notes Museum President & CEO Terry Slobodian. “Our museum was previously located in the original TCA hangar here in Winnipeg. The Lockheed Electra is a perfect picture of the early days of commercial air travel in Canada.”

We’re grateful to Air Canada for their longstanding support of our museum and for entrusting us with this spectacular piece of aviation history. It’s the perfect addition to our collection and will be well-cared for by our team.

Be sure to come by and see it for yourself!

For more on CF-TCC’s long history, check out Air Canada’s feature video about the aircraft. 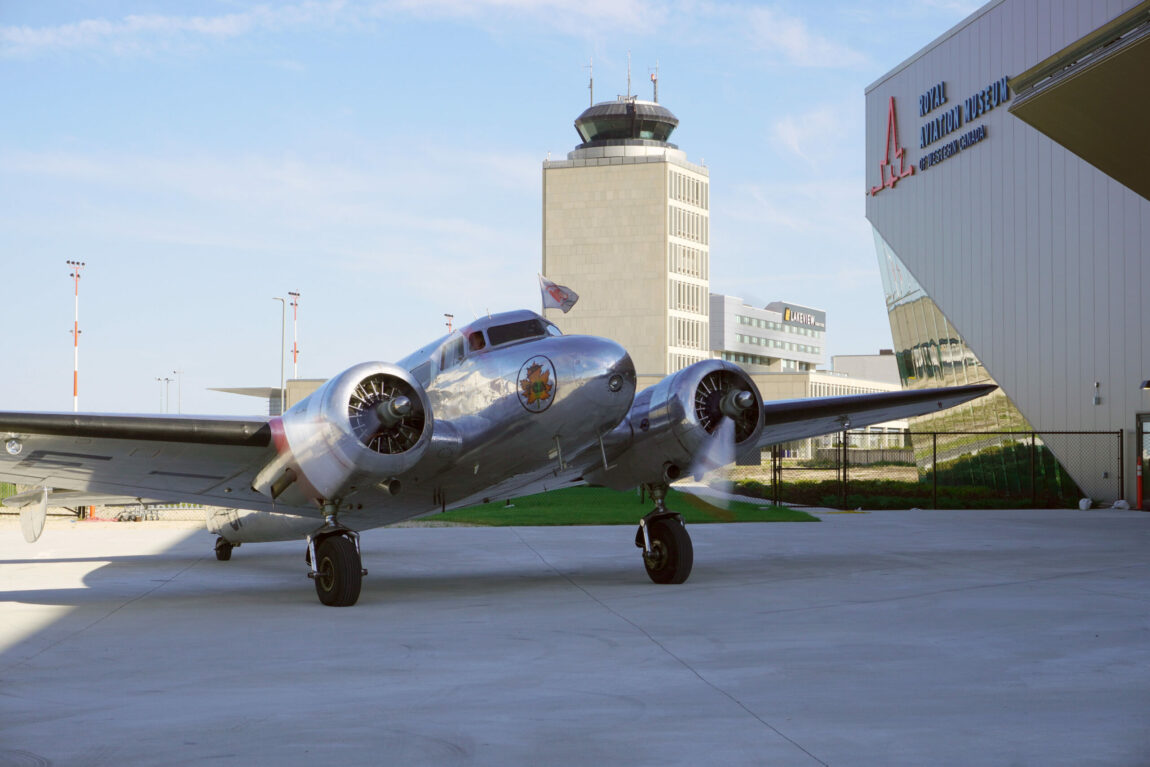